Date:  April 16, 17, 18, 2020
Directed by:  Cindy Kreicar
A band of tender-hearted pirates celebrate the coming of age of their apprentice, Frederic.  But Frederic, an honest chap apprenticed to the pirates by mistake, plans to turn the pirates over to the police as soon as his apprenticeship ends.  The arrival of a chorus of young beauties on a beach outing with their father, Major-General Stanley, distracts Frederic when he falls in love with Mabel. This leads to one complication after another.  In a final hilarious battle with the police, a surprising discovery about the orgins of the pirates saves the day. 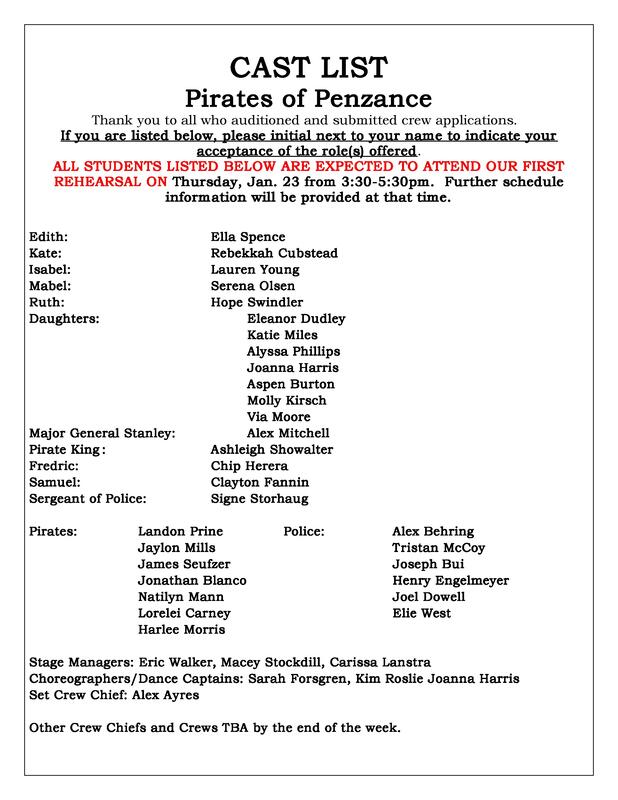